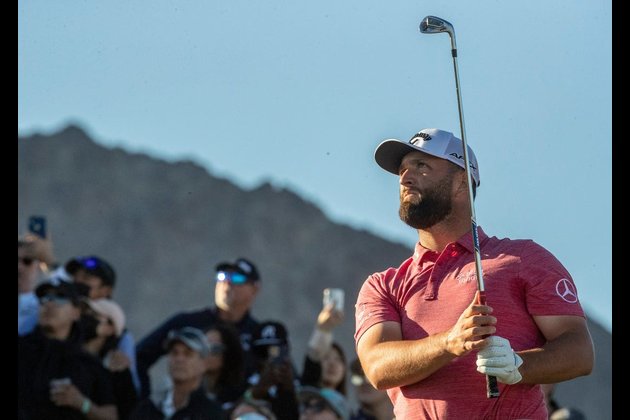 The 13th FedEx Cup event of the 2022-23 PGA Tour season is the Farmers Insurance Open, which begins Wednesday at the iconic Torrey Pines in San Diego.

It features the only Saturday finish on tour, along with players competing on both the North and South courses over the first two rounds. Our experts preview this week's event and provide their best bets.

--Lanto Griffin is making his first start on the PGA Tour since undergoing back surgery after the John Deere Classic last summer.

--Five-time tour winner J.B. Holmes (back) is making his first start since the 2021 Fortinet Championship. He is competing on a Major Medical Extension and has 26 starts available to earn 288.816 FedEx Cup points to retain his tour card.

Jason Day to Beat Max Homa in Round 1 (-105 at DraftKings): Homa has a win and three other top-10 finishes in his past six starts. That spans back to the Tour Championship in August, as Homa teed it up only twice since October. He would seemingly be the stronger pick than the 104th-ranked Day, but remember that Day is a former winner at Torrey Pines who also tied for third last year. He struggles to put four consistent rounds together these days due to his balky back, but Day did start 67-64 before settling for a T18 last week.

Rahm In Final Group Final Round (250 at BetMGM): Rahm is trying to become the first player to win three consecutive starts on the PGA Tour since Dustin Johnson in 2016-17, and he holds the longest active streak on tour with 21 consecutive made cuts. Did we mention his track record at Torrey Pines? His first PGA Tour win came here in 2017, he followed it up with a U.S. Open title four years later and has finished T5-2-T7-T3 in the past four Farmers. Rahm's 69.29 scoring average is the second lowest behind only Woods' 69.28 since the event moved to Torrey Pines in 1968. If he doesn't win, Rahm figures to be right in the thick of things come Sunday.

Si Woo Kim to Win Tournament Group (300 at DraftKings): Will Zalatoris is the marquee "name" in this group, and the No. 7-ranked player is being offered at 250 as he attempts to build on last year's playoff loss to List. But it's Kim who boasts the most recent win, which came two weeks ago in Honolulu. Also in the group are J.J. Spaun (330), Justin Rose (330) and Keegan Bradley (400).

--Rahm (450 at BetMGM) has won his first two starts to open 2023 and has finished no worse than T4 in his past six starts worldwide. He also leads the FedEx Cup standings for the first time in his career.

--Xander Schauffele (1100) is coming off a T3 at The American Express and is the second-highest ranked player in the field at No. 6.

--Collin Morikawa (1400) tees it up for the first time since at runner-up to Rahm in the Tournament of Champions.

--Will Zalatoris (1600) lost in a playoff to List last year for his second consecutive top-10 finish at Torrey Pines.

--Taylor Montgomery (2500) continues to post strong results in his rookie season. His solo fifth last week was his second top-5 result and Montgomery has posted eight top-15s in his first nine starts.

--List (8000) also has consecutive top-10 results in the event. He's trying to become the first player to successfully defend at Torrey Pines since Woods won four consecutive times from 2005-08.