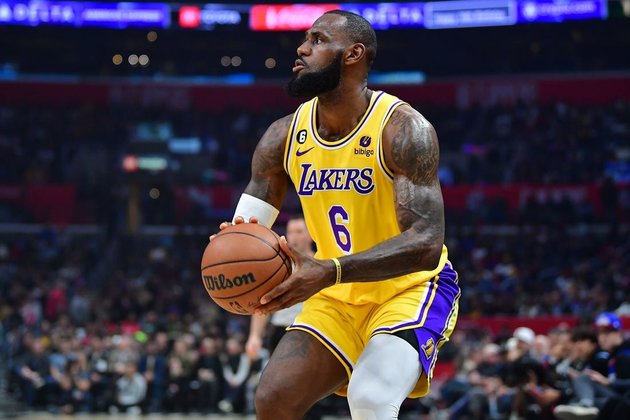 Los Angeles Lakers star LeBron James is scheduled for tests on Thursday to determine the extent of the groin injury he sustained in Wednesday night's loss to the Los Angeles Clippers.

James said he sustained the injury midway through the fourth quarter.

"I didn't do anything extraneous on the play," James told reporters about the moment he appeared to tweak something while posting up the Clippers' Paul George. "Just when I landed, I felt a little spasm or strain in my groin. So immediately I had to come out after that on the next play."

James, 37, said this injury doesn't appear to be as severe as the left groin tear that caused him to miss 17 games in the 2018-19 season.

The four-time NBA Most Valuable Player is averaging 24.9 points this season, which would be his lowest rate since his rookie campaign with the Cleveland Cavaliers in 2003-04. He also is contributing 8.8 rebounds and 6.9 assists in 2022-23.

James missed a game for the first time this season on Monday, sitting out the Lakers' road loss to the Utah Jazz due to left foot soreness.

An 18-time All-Star, James is a four-time NBA champion, having won the NBA Finals MVP in each of those campaigns.

The Lakers fell to 2-9 after their fourth consecutive loss, leaving them with the second-worst record in the league. Only the Houston Rockets (2-10) are worse.

The Lakers next play Friday when they host the Sacramento Kings. James said he wants to be on the court, if possible.