UN Gearing Up for Massive Flood Relief Operation in Pakistan 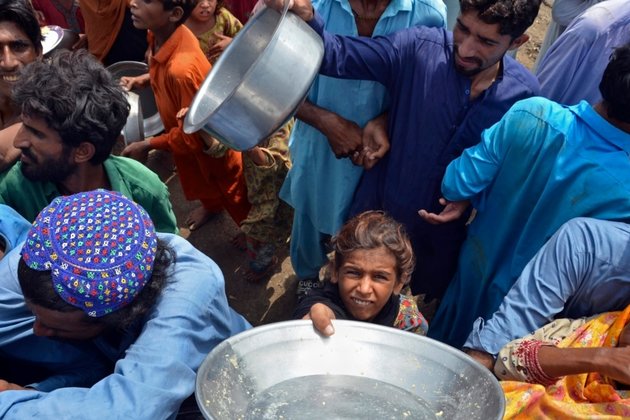 Geneva - U.N. agencies are urging a robust response to the $160 million appeal launched Tuesday by the government of Pakistan and the United Nations for emergency aid for millions of people hit by devastating monsoon floods in the south Asian country.

Torrential rains have been pounding Pakistan since June. The government estimates some 33 million people have been affected and that more than 1,000 have died, among them hundreds of children.

Jens Laerke, spokesman for the U.N. office for the coordination of humanitarian affairs, said nearly one million homes have been damaged, and more than 700,000 livestock lost in what is seen as the worst flooding in decades.

"Some 500,000 people displaced by the floods are sheltering in relief camps, with many more living with host families," he said. "Access to assistance is difficult due to the flooding and landslides, with around 150 bridges washed away and nearly 3,500 kilometers of roads damaged." 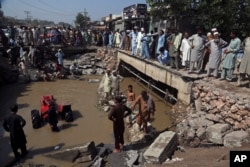 In the meantime, the World Meteorological Organization forecasts the heavy rains are set to continue. WMO spokeswoman Clare Nullis said the worst rainfall in decades follows the worst drought in decades, and the worst heatwave in decades.

"Even before the latest flooding incident, Pakistan and northwest India had been witnessing above average monsoon rainfall....This is the footprint of climate change," she said. "The weather is becoming more extreme."

The World Health Organization warns of disease outbreaks, such as cholera and diarrhea because of the flooding and lack of safe drinking water. WHO spokesman Christian Lindmeier said at least 888 health facilities have been damaged, including 180 that have been destroyed. He said this will make it difficult for anyone affected to receive treatment.

The joint Pakistan-U.N. $160 million response plan aims to reach 5.2 million of the worst affected and most vulnerable people over the next six months. It will provide food, water, shelter, and other essential relief. U.N. agencies will work to prevent large outbreaks of disease and provide protection and care for people with disabilities and other special needs.