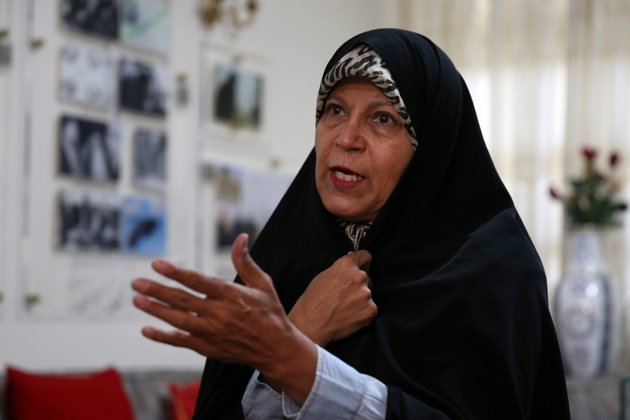 Tehran - The daughter of Iran's former president Akbar Hashemi Rafsanjani was charged with carrying out propaganda activity against the country and blasphemy in social media comments, the judiciary said Sunday.

'The indictment... has been issued and referred to the court on the charges of propaganda activity against the system of the Islamic Republic of Iran and blasphemy,' Tehran's chief prosecutor, Ali Salehi, said, according to the judiciary's website Mizan Online.

The charges are connected to comments reportedly made by Faezeh Hashemi, 59, a former lawmaker and a women's rights activist, during an audio debate on a social media forum in April.

Hashemi is reported to have said that Iran's demand for the Revolutionary Guards - the ideological arm of the country's military - to be removed from a U.S. terror list was 'damaging' to the country's 'national interests,' according to local media.

Removal of the terror designation of the Guards is a key sticking point in negotiations over restoring Tehran's frayed 2015 nuclear deal with world powers.

Hashemi also made separate comments concerning Khadija, the wife of the Prophet Mohammed.

She is reported to have called Khadija a 'businesswoman,' showing that women can also engage in economic activity, and whose money the prophet spent.

She later said the comments had been a 'joke... without any intention of causing insult,' state news agency IRNA reported.

Hashemi's late father was a moderate who advocated improved ties with the West and the United States.

In 2012, she was sentenced to six months in jail on charges of 'propaganda against the Islamic Republic.'