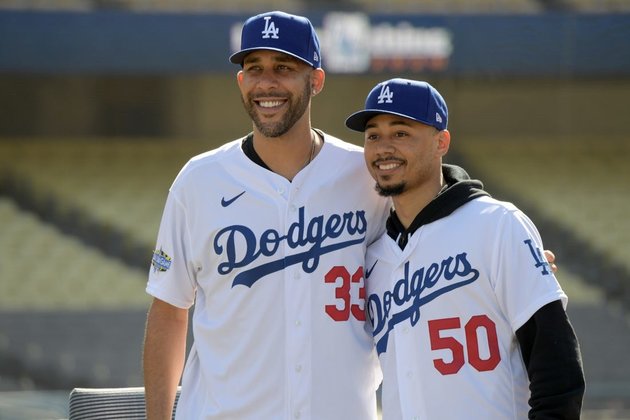 Betts, 29, returns from the 10-day injured list after missing 15 games with a right rib fracture. The five-time All-Star is hitting .273 with 17 homers and 40 RBIs in 60 games this season. He is expected to play at second base upon his return until pain subsides while making throws from the outfield.

Price, 36, missed three games on the family medical emergency list. The five-time All-Star has no decisions and a 3.20 ERA in 19 relief appearances this season.

Gibaut, 28, was claimed off waivers from the Cleveland Guardians on Thursday but did not appear in any games for Los Angeles.