Golden Knights host Capitals amid 'win them all' playoff push 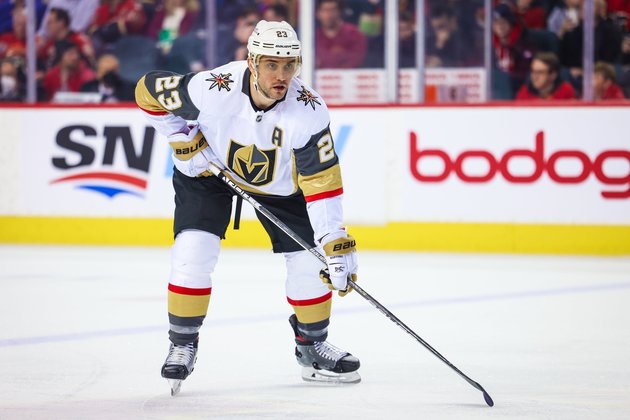 "I think we have to win them all," DeBoer said of his team's final five-game stretch, which begins with a Wednesday home contestagainst the Washington Capitals (43-23-10, 96 points). "I think that's pretty simple. We've got to win them all."

Vegas (41-31-5, 87 points) entered Tuesday three points behind the third-place Los Angeles Kings in the Pacific Division with both teams having five games and a potential 10 points remaining. The Golden Knights also trail the Dallas Stars and Nashville Predators, who have a game in hand, by four points for the Western Conference wild-card spots.

The Kings' five remaining games are against teams currently outside the playoff picture, including two against games the Anaheim Ducks and another against the expansion Seattle Kraken. Meanwhile, Vegas still has games against three teams that are in the playoff hunt, with difficult road games against Dallas and St. Louis next week.

"I don't think we're out of this yet," defenseman Alec Martinez said. "There can't be any quit in this room. You've just got to keep grinding away and keep trying to get better. It doesn't matter if it's Game 2 or Game 78. You've got to keep getting better... This is pretty disappointing but we can't give up."

Against New Jersey, Vegas finished with a 44-28 edge in shots on goal and also hit the post three times.

"We just have to build our own luck," Vegas forward Jonathan Marchessault said. "We've got to have some puck luck at some point. It's not always about chances, it's about the quality of our chances."

DeBoer said it's important that his team move on quickly from Monday's disappointing loss.

"The message is we can't waste any energy right now on missed opportunities," DeBoer said after practice on Tuesday. "We've got to look forward to the task at hand and get excited about showing everybody that we're capable of doing it."

Washington will be playing the fourth game of a five-game road trip. The Capitals snapped Colorado's nine-game winning streak with a 3-2 victory on Monday in Denver to improve their road record to an NHL-best 24-8-5. They became the first Eastern Conference team to defeat the Avalanche in regulation in Denver this season.

Marcus Johansson broke a 2-2 tie at 10:46 of the third period when he one-timed Conor Sheary's crossing pass. Alex Ovechkin scored his 48th goal of the season to tie Teemu Selanne (2006-07) for most goals in a season by a player aged 36 years or older.

"I thought our guys were really good," Washington coach Peter Laviolette said. "That was a good game, a playoff-type game. It was fast. It was physical. It was tight. Lots of good things out there."

The Capitals clinched a playoff spot following the New York Islanders' Sunday night loss to the Toronto Maple Leafs. Washington is battling both the Pittsburgh Penguins (97 points) for third in the Metropolitan Division and the Boston Bruins (97 points) for wild-card positioning.