Southern Africa's summer has been wetter than normal: here's why 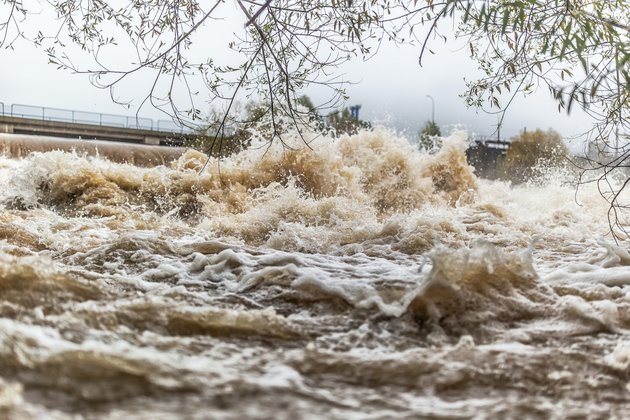 March marks the end of southern Africa's 2021/2022 summer wet-season. Since its onset in October, most summer rainfall zone regions have experienced wetter than normal conditions.

Wetter conditions are positive for southern Africa's rainfed agricultural activities and water reservoirs. But excessive rainfall has caused widespread flooding. This is in addition to flooding caused by tropical storm Ana, which made landfall in late January. And there is more to come: flooding will likely occur when tropical cyclone Batsirai - currently affecting the southern Indian Ocean - makes landfall.

These unusually wet conditions are the result of a weak La Nina event since December 2021. This weather pattern typically brings above-average summer rainfall across southern Africa.

What causes the La Nina event

The El Nino-Southern Oscillation is a naturally recurring phenomenon in which the ocean and the climate are related to each other. Every two to seven years, there are shifts in the temperature of the surface water of the tropical Pacific Ocean. There are also changes in the region's east-to-west trade winds.

The Neutral phase, representing "normal" conditions, occurs almost half of the time. Sea surface temperatures are near-average and steady trade winds blow. The trade winds cause warm water to pile up in the western Pacific, while cool waters are drawn up from the bottom of the ocean to the eastern Pacific surface. Warm, moist air rises in the western Pacific, while in the eastern Pacific cool, dry air descends. This cycle of moving air is called the Walker Circulation. It pushes air over the equatorial Indian and Atlantic Oceans - which is one reason why the El Nino-Southern Oscillation makes an impact far away from the equatorial Pacific.

El Nino phases are almost the direct opposite of La Nina phases. Trade winds weaken, or even reverse in direction, allowing warm waters to drift to the central and eastern Pacific. This eventually breaks down Walker Circulation.

The degree to which tropical Pacific Ocean waters deviate from average temperature determines the strength of La Nina or El Nino phases. That in turn determines their impact on global climate.

The current La Nina is the second event in two years. Impacts for this La Nina event are similar to last year, when southern African summer rainfall zone regions experienced a generally wetter and cooler than normal wet-season. This is the typical impact of a La Nina event. El Nino events typically have the opposite effects.

Looking beyond the current summer wet-season, it's important to highlight the difference between climate variability and climate change. Southern Africa's current above-average rainfall is a climate variability signal - a short-term fluctuation in average wet-season conditions. It will not necessarily cause an increase in the long-term wet-season rainfall average. Rather, the outlook under human-induced climate change suggests that southern Africa's summer wet-seasons will likely become drier and shorter, but individual rainfall events may intensify.

Wet-season drought events may intensify and happen more often. These changes will have implications for long-term crop yield and surface water supply. Adaptation strategies need to account for this. Climate variability signals will, however, induce short-term implications, and to prepare for these seasonal forecasts need to be monitored.