Kings shoot for third win over Clippers this season 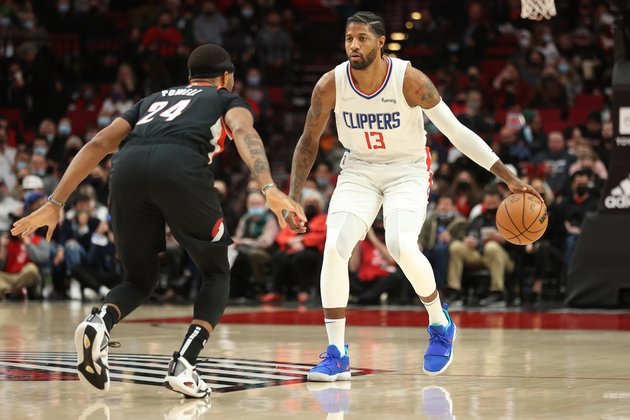 One team with a star back on the court and another with its star on the doorstep meet Wednesday night when Paul George and the Los Angeles Clippers visit the short-handed Sacramento Kings.

George returned from a five-game absence due to a sprained right elbow to pour in 25 points in 31 minutes inMonday's 116-92 home loss to the San Antonio Spurs.

The defeat was the Clippers' third straight, after they had won the first three games George missed.

George wasn't the problem in Monday's loss. He hit 8 of 18 shots overall and 3 of 9 3-point attempts, while his teammates slumped to 37.1 percent from the field and 26.1 percent from beyond the arc.

Getting George back was just a first step in turning things around, Clippers coach Tyronn Lue noted.

"I thought he moved well. I thought he did some good things," Lue said of George. "But now we have to learn how to play with him on the floor, which I thought we struggled with tonight."

Mostly, the Clippers struggled with rebounding. George had six, but the Spurs dominated the glass, running up a 67-43 edge based mostly on having 23 offensive boards.

The result? The Spurs took 114 shots, which was 26 more than the Clippers.

"One hundred and 14 shots. Twenty-three offensive rebounds. I don't know if I've ever seen that before," Lue said. "A lot of rebounding comes with physicality; I don't think our physicality was there. We've got to look in the mirror, all of us, and come back with a physicality on Wednesday night or it'll be the same result."

The same result would be bad for the Clippers in another regard. They've lost the first two head-to-heads with the Kings this season, one at each site.

The Clippers had won 15 straight in Sacramento before the defeat.

Unfortunately for the Kings, some of the players from the two wins likely won't be on the court for the third meeting, with the Kings currently having seven players in the NBA's health-and-safety protocols. Star point guard De'Aaron Fox is one of those players.

Sacramento is hopeful Richaun Holmes, who has sat out seven straight with a laceration in his right eye, can return this week, perhaps as early as Wednesday.

"Protocol; everybody is the same," Christie said of the uncertainty of when top players such as Fox and Damion Mitchell might return. "AG (Gentry) is doing spectacular. All my conversations with him are humorous in nature, basketball-driven, and then outside-the-box sometimes. So he's doing good."