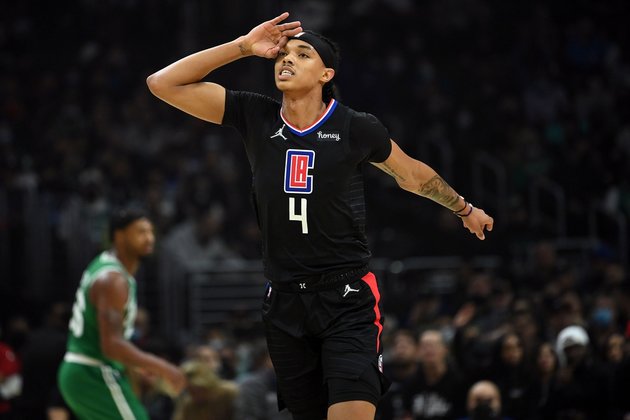 Any amount of rest holds value where the Los Angeles Clippers are concerned.

After playing seven games in 11 days, punctuated by a pair of back-to-back sets, the Clippers welcomed a break prior to hosting the Orlando Magic on Saturday afternoon.

Los Angeles comes off Wednesday's 114-111 homewin over the Boston Celtics as the Clippers mustered a strong performance with leading scorer Paul George sidelined. George, who is averaging 25.0 points and 7.3 rebounds this season, was a late scratch with a right elbow contusion.

The Clippers, who are already without Kawhi Leonard following right knee surgery in July, led by as many as 21 points in the third quarter and held on for their second straight win and third in four games. Rookie Brandon Boston Jr. helped lead the way offensively with five 3-pointers and a career-high 27 points.

Marcus Morris Sr. scored 20 points on 6-of-17 shooting, and Reggie Jackson contributed 17 points and seven assists in 37 minutes as Los Angeles overcame 20 turnovers. Starters Terance Mann and Ivica Zubac each chipped in 10 points and 10 rebounds, while Luke Kennard and Boston Jr. combined for nine 3-pointers and 42 points off the bench.

Boston Jr., selected in the second round of the most recent draft out of Kentucky, also became the first Clippers player in four years to come off the bench and post 25 or more points with five or more 3-pointers (5 of 8) on 65 percent or better shooting (9 of 13. 69.2 percent).

But as gratified as head coach Tyronn Lue was seeing the Clippers step up in George's absence, he also enjoyed the break in the schedule.

"It feels really good. We're off (Thursday) and then we'll practice on Friday, but it feels good," Lue said after the Boston win. "Hopefully get (George) a chance to get some rest with his elbow. And Reggie, he's getting worn down - I could see it - and we're asking him to do a lot, especially with (George) out. Having to handle the basketball as much as he did and try to create for his teammates."

That may not bode well for the Magic, who have a 2-13 record since Nov. 10 and are 0-3 on their current five-game Western Conference road swing. Orlando made 16 of 34 from 3-point range and scored a season-high 130 points on Wednesday at Sacramento, but the Kings put up 142 points in handing the Magic their 13th double-digit loss this season.

"We cannot get into a shootout with certain teams," Magic head coach Jamahl Mosley said following the Sacramento game. "We gotta make sure that we're sitting down and guarding and taking pride in the defensive side of the floor."

Cole Anthony not only matched his season-high with 33 points against Sacramento, but the second-year guard also reached 1,000 career points.

Orlando's Wendell Carter Jr. had 19 points and 10 rebounds for his third straight double-double and 13th of the season, while Magic reserve center Robin Lopez surpassed 8,000 career points by scoring 11 in 15 minutes off the bench.