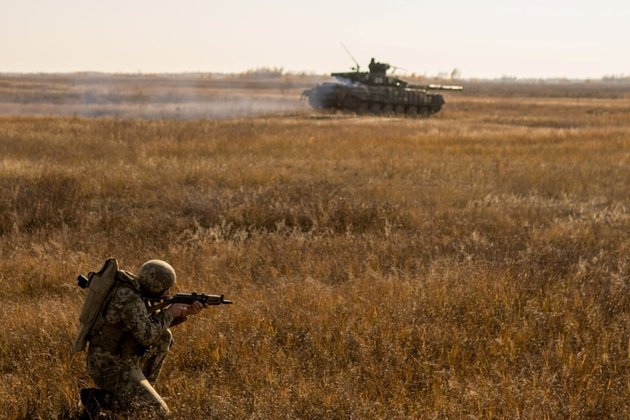 WASHINGTON - U.S. Secretary of State Antony Blinken is to meet Thursday with the foreign ministers of Russia and Ukraine amid concerns about troop buildups along the countries' shared border and calls for a diplomatic path to resolving tensions.

The separate meetings are set to take place on the sidelines of a ministerial meeting of the Organization for Security and Cooperation in Europe in Stockholm.

U.S. Secretary of State Antony Blinken speaks to the media during a news conference after a NATO foreign ministers meeting in Riga, Latvia, Dec. 1, 2021.

Blinken expressed concern Wednesday about what he said was evidence Russia has made plans "to destabilize Ukraine from within, as well as large-scale military operations." He warned the Kremlin that "we will respond resolutely, including with a range of high-impact economic measures that we've refrained from using in the past."

Blinked said Russia would face "far-reaching and long-lasting consequences" for new aggression toward Ukraine, and that 'diplomacy is the only responsible way to resolve this potential crisis."

Get Adobe Flash Player Embed share Blinken Warns Russia Invasion of Ukraine Will Have Consequences Embed share The code has been copied to your clipboard. width px height px

The URL has been copied to your clipboard

Ukraine's President Volodymyr Zelenskiy told members of the parliament Wednesday that direct negotiations with Russia were the only path to resolving the conflict in eastern Ukraine.

Russia and Ukraine have each accused the other side of massing troops in the area along their shared border. Russia annexed Ukraine's Crimean Peninsula in 2014 and has backed separatist fighters in eastern Ukraine.

Speaking Wednesday in Moscow, Russian President Vladimir Putin said his government would seek guarantees against NATO's further expansion to the east and precluding deployment of weapons systems near Russia's borders.

Some information for this report came from The Associated Press and Reuters.