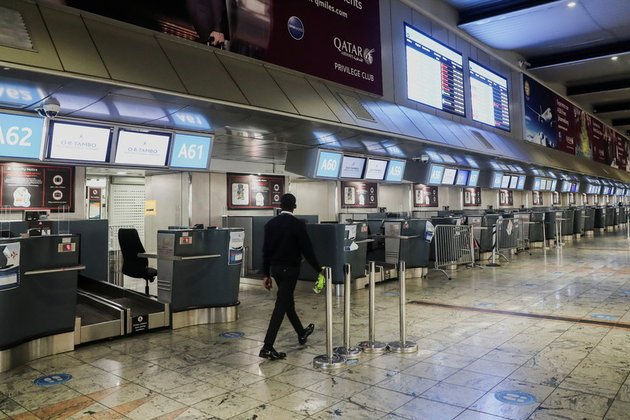 South African President Cyril Ramaphosa said his country is being penalized for detecting the latest Covid-19 ?variant of concern,? dubbed Omicron, urging other nations to lift travel bans imposed amid alarm over the new strain.

"Excellent science should be applauded and not punished," the president said during a state visit to Nigeria on Wednesday, noting that a growing number of countries had instituted travel bans on South Africa "as a result of the discovery by our scientists of the new Omicron variant of the coronavirus."

Though Ramaphosa said he recognized nations have the right to "take the necessary precautionary measures to protect their citizens," he stressed that "this pandemic requires collaboration and sharing of expertise," calling on other states in the region to unite against "arbitrary," "unscientific" and "discriminatory" restrictions.

The president's comments echoed a statement issued by the South African Foreign Ministry over the weekend, which also declared that the country was being "punished" for its "excellent science," saying the travel bans were "akin to punishing South Africa for its advanced genomic sequencing and the ability to detect new variants quicker."

However, while the new variant triggered near-immediate panic across Asia, Europe and beyond after it was first detected, local health officials have called for a more cautious approach. The chair of the South African Medical Association, Dr. Angelique Coetzee - who personally announced the discovery of the first Omicron patient - has argued that the "heavy travel restrictions" brought in the UK and elsewhere were hasty and unjustified.

"The simple truth is: we don't know yet anywhere near enough about Omicron to make such judgments or to impose such policies," Coetzee wrote in an op-ed earlier this week, adding that "In South Africa, we've retained a sense of perspective. We've had no new regulations or talk of lockdowns because we're waiting to see what the variant actually means."

The United States has also imposed new travel bans on eight African nations, including South Africa, due to concerns over Omicron, with the first infection spotted in the country on Wednesday in California. Top White House Covid-19 adviser Anthony Fauci defended the policy the same day, arguing that the restrictions were needed to "buy time temporarily," even while acknowledging some of the affected countries have not seen a single case of the new variant.