Supreme Court Appears Poised to Roll Back Abortion Rights in US 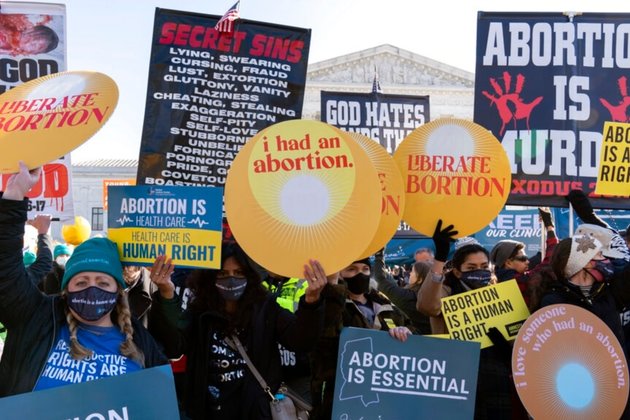 The U.S. Supreme Court on Wednesday heard oral arguments in what will likely become a landmark abortion rights case. The court's conservative justices, who have a 6-3 majority, gave hints that they are considering weakening or even overturning a 48-year-old decision that held that women have a constitutional right to abort a pregnancy.

In the case, Dobbs v. Jackson Women's Health Organization, the court is being asked to decide whether a Mississippi state law that bans most abortions after the 15th week of pregnancy is constitutional. Two lower federal courts held it is not.

The law is in conflict with Roe v. Wade, the court's ruling in 1973 that women have a right to an abortion based on an inferred constitutional right to privacy. It also conflicts with the 1992 Planned Parenthood v. Casey case, in which the court upheld the central principle of Roe but clarified that abortion should generally be available up to the point at which a fetus is "viable," or able to survive outside the womb.

FILE - The Supreme Court building is seen under stormy skies in Washington, June 20, 2019.

The stakes are high. If the court overturns Roe, 21 states are poised to immediately restrict or ban abortion. Some have laws that were on the books before Roe passed and would come back into effect. Others have passed "trigger" laws that automatically will come into force if the precedent is overturned. Additionally, lawmakers in at least five other states have indicated interest in restricting abortion.

"It's possible that they, in this decision, say Roe was decided incorrectly, therefore, Casey was decided incorrectly," Laurie Sobel, associate director of women's health policy at the Kaiser Family Foundation, told VOA. If so, she said, "it's up to the states. There's no federal constitutional protection for abortion, and so states are allowed to do whatever they want with it."

The URL has been copied to your clipboard

In the oral arguments, Mississippi was represented by state Solicitor General Scott Stewart, who told the justices that the court's prior decisions in Roe and Casey "haunt the country."

"They have no basis in the Constitution," he said. "They have no home in our history or traditions. They've damaged the democratic process. They poison the law. They've choked off compromise. For 50 years, they've kept this court at the center of a political battle that it can never resolve, and 50 years on, they stand alone. Nowhere else does this court recognize a right to end human life."

Julie Rikelman, a senior director at the Center for Reproductive Rights, represented Jackson Women's Health Organization, the sole operating abortion provider in Mississippi. She said the law in question is "flatly unconstitutional under decades of precedent."

She added, "For a state to take control of a woman's body and demand that she go through pregnancy and childbirth, with all the physical risks and life-altering consequences that brings, is a fundamental deprivation of her liberty." 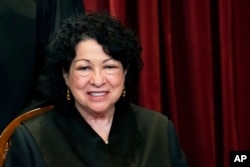 The court's three liberal justices argued that the court ought to observe the doctrine of stare decisis in the case, which favors allowing existing rulings to stand, except in extreme cases. This is considered important, because the public might lose faith in the court's objectivity if rulings are overturned whenever the court's conservative-liberal makeup changes, as it did in recent years when President Donald Trump nominated three conservative jurists to the bench.

Liberal justices pointed out that there has been little substantive change in the facts surrounding abortion in the years since the court decided Casey, even as state-led efforts to restrict the practice have multiplied.

Justice Sonia Sotomayor observed that Mississippi legislators have already introduced an even more severe abortion law, banning abortion after six weeks, and that the state senator who proposed it said the decision was driven specifically by the fact that the Supreme Court now has a conservative supermajority.

"Will this institution survive the stench that this creates, in the public perception, that the Constitution and its reading are just political acts?" she asked. "I don't see how it is possible." 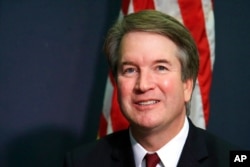 The court's conservative members took various approaches to questioning the attorneys before them but seemed generally united behind the idea that the court's existing abortion jurisprudence should be overhauled.

Justice Brett Kavanaugh pushed back against the liberals' calls for restraint, citing a long litany of important decisions in which the Supreme Court overturned previous rulings. They included Brown v. Board of Education, which led to the racial integration of public schools, and Lawrence v. Texas, which overturned a previous ruling that upheld the criminalization of homosexual conduct.

Kavanaugh went on to argue that the court should take a position of "neutrality" with regard to abortion, effectively delegating authority to regulate it to the states.

Others, including Justice Samuel Alito, simply argued that Roe ought to be overturned because it was wrongly decided.

Of all the conservatives on the court, Chief Justice John Roberts seemed most amenable to a decision that would try to find some middle ground, allowing Mississippi's 15-week ban to stand while preserving Roe's finding that there is still a right to abortion.

"If you think that the issue is one of choice, that women should have a choice to terminate their pregnancy, that supposes that there is a point at which they've had the fair choice," Roberts said. "Why would 15 weeks be an inappropriate line?"

However, some experts said drawing a seemingly arbitrary line at 15 weeks, rather than at the point of fetal viability, would open the door to ever more restrictive cutoffs.

Anti-abortion protesters demonstrate in front of the U.S. Supreme Court, Dec. 1, 2021, in Washington.

Groups that support the Mississippi law were very pleased with the arguments made before the court on Wednesday.

Aden said that on balance, he believes there is majority support on the court for overturning Roe.

"A majority of the justices seem to treat this as a zero-sum game. It's either Roe or not, and that there wasn't, in their judgment, a workable midway point," he said.

Groups that support abortion rights, in general, didn't try to spin the hearing as favorable to their side, conceding that the Supreme Court appears ready to overturn or significantly scale back the right to an abortion afforded under Roe.

'There's a reason why we've been so anxious about this case," Heather Shumaker, director of state abortion access at the National Women's Law Center, told VOA. "We've been watching closely, particularly as former President Trump nominated justices to the court that we knew were there to overturn our legal right to abortion. So, we're not surprised that they are, in fact, ready to do so."

She added, "To say that we're just going to leave it to the states is a really indirect way of saying that we don't care if the states ban abortion, because we know that more than half of the states are poised to ban abortion or severely restrict access to it."

International organizations that champion access to abortion, calling it essential health care, say they are troubled by the possibility of the United States' restricting access to the procedure. A rollback of abortion rights in the U.S., they argue, could set a precedent for similar changes in other countries.

Dr. Tlaleng Mofokeng, U.N. special rapporteur on the right to health, filed a brief with the Supreme Court arguing that the United States is a signatory to multiple human rights treaties that demand that access to abortion be protected. These include the International Covenant on Civil and Political Rights and the International Covenant on Economic, Social and Cultural Rights.

"The United States would contradict international human rights law by overturning its established constitutional protections for abortion access - both by failing to recognize abortion access as necessary for women's autonomy, equality and non-discrimination and by retrogressing on human rights contrary to international law," Mofokeng's brief said.

"If Roe and Casey are overturned, many U.S. states will implement bans or near-bans on abortion access that will make individual state laws irreconcilable with international human rights law. This would cause irreparable harm to women and girls in violation of the United States' obligations under the human rights treaties it has signed and ratified," Mofokeng noted.