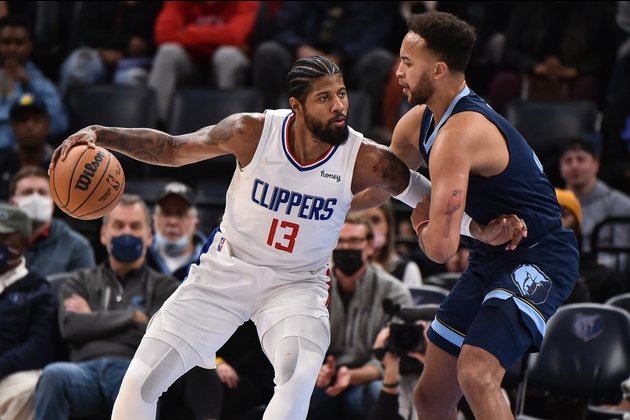 The Los Angeles Clippers face the visiting Dallas Mavericks on Sunday for the first time since they met in the opening round of last season's playoffs.

Dallas won the first two games of the best-of-seven series before the Clippers rallied back to win Game 7 behind Kawhi Leonard's 28 points, 10 rebounds and nine assists.

A lot has changed since last June, starting with a major injury to Leonard. The five-time All-Star is out indefinitely while recovering from July surgery on his right ACL.

The Clippers have struggled to adjust without their star forward, beginning the season with a 9-7 mark. Los Angeles has lost two in a row and three of its last four since a seven-game winning streak.

With Leonard out, coach Tyronn Lue has asked guard Paul George to carry the bulk of the Clippers' scoring load. The seven-time All-Star has been up to the challenge, averaging 26.3 points, 7.9 rebounds and 5.2 assists.

George scored 19 points in Friday's 94-81 loss to the New Orleans Pelicans, who overcame a 20-point first-half deficit to win for just the third time in 17 games.

The Clippers were playing for the fifth time in seven days and looked fatigued in the fourth quarter, when they were outscored 22-12.

"We're getting stagnant. We're not playing the same way we were playing early on in the season," Lue said. "We talked about this three or four games ago. We're just not playing the right way."

Los Angeles is hoping to return to form at home. The Clippers begin a six-game homestand with two games against Dallas, which opened a four-game road trip with consecutive losses to the Phoenix Suns.

Mavericks star Luka Doncic (left knee and ankle sprains) missed the past two games but has been practicing with the team and could return to action Sunday.

Doncic is averaging 24.9 points, 8.3 rebounds and 7.9 assists. He tallied 46 points, 14 assists and seven rebounds in last season's Game 7 loss to the Clippers.

Jalen Brunson started for Doncic again on Friday and turned in another strong performance, recording 18 points, 10 assists and four rebounds in a 112-104 loss to the Suns.

Kristaps Porzingis added 23 points and 12 rebounds in the loss, but Dallas faded in the fourth quarter and shot 12 of 40 (30 percent) from 3-point range overall.

The Clippers could have center Serge Ibaka back in the lineup for Friday's matchup. The 6-foot-10 veteran has completed an NBA G League stint after returning from June back surgery and is set to rejoin a crowded frontcourt.

Ivica Zubac has emerged as the team's starting center while third-year pro Isaiah Hartenstein continues to impress off the bench.

The Clippers are hoping for bounce-back games from their starting backcourt of Eric Bledsoe and Reggie Jackson after the pair scored a combined 11 points on 5-of-21 shooting against the Pelicans, going 0 for 6 from 3-point range.