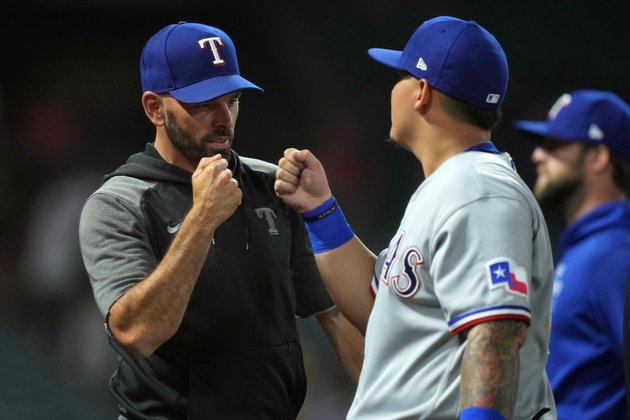 The Texas Rangers extended the contract of manager Chris Woodward through the 2023 season, with a club option for 2024, on Friday.

Still, Rangers officials seem confident he has the team moving in the right direction.

"We're excited to continue our partnership with Woody, and we are all committed to a shared vision for the direction of the ballclub," said Jon Daniels, the team's president of baseball operations, in a news release. "He has helped to lay the foundation of our culture here at the Rangers, and we feel confident in his leadership abilities moving forward."

"After seeing Woody's passion and consistency firsthand over the last year, extending our partnership is an easy decision," general manager Chris Young said. "I look forward to continuing our shared commitment to improving the club."

Woodward spent all or parts of 12 seasons playing in the majors beginning in 1999 with the Toronto Blue Jays, New York Mets, Atlanta Braves, Seattle Mariners and Boston Red Sox.