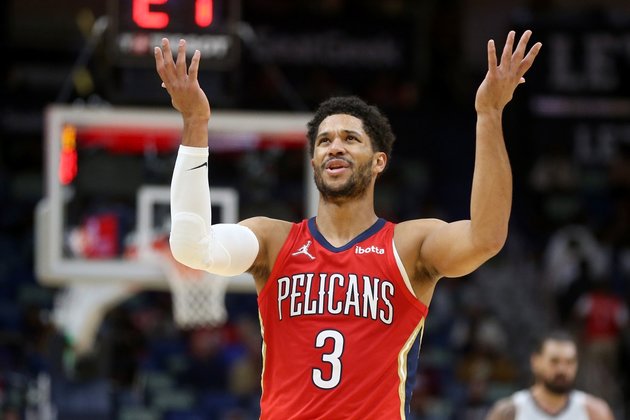 The Los Angeles Clippers have one of the best records in the NBA's Western Conference.

The New Orleans Pelicans have one of the worst records in the NBA.

But they have something in common as they face each other Friday night in New Orleans. Both want to play better in the second half than theyhave recently.

The Clippers trailed just 56-53 at halftime but gave up 38 third-quarter points and lost touch with host Memphis early in the fourth quarter of a 120-108 loss Thursday night. It was their second loss in three games after a seven-game winning streak.

"We've just got to be better," L.A. coach Tyronn Lue said. "We've got to keep building. Young guys are getting some experience. We've got to hold it down until guys come back."

The Clippers were dominated in the paint, getting outscored 74-36.

"We had a tough time just guarding the ball at the point of attack," Lue said. "We just didn't do a good job of controlling the basketball. They got deep in the paint.

"We didn't do a good job of making quick decisions offensively. Not able to make the quick decisions right now, so we've got to continue to keep getting better with that as well."

The Pelicans, who have won just two games this season, lost at Washington 105-100 on Monday and at Miami 113-98 on Wednesday after a pair of poor second halves.

They led the Wizards by 19 points twice early in the third quarter and saw the lead shrink to seven at the end of the third before Washington took control with a 14-0 run in the fourth.

New Orleans led by as many as 15 points twice in the first half against the Heat but got outscored 66-46 in the second half.

"We've got to grow up," said Josh Hart, who scored 18 points for the Pelicans. "I think we're a better team than 2-14. It's extremely frustrating. We're a young team and we're not fully there yet when it comes to execution. We have to play like we're desperate to win, and right now we're not doing that. We have to look at ourselves in the mirror."

New Orleans scored 34 points in the first quarter, but had just 18 in the second and 18 in the third.

The Pelicans made six of 13 3-pointers in the first quarter, but just 4 of 22 after that.

"We got stagnant, especially after the first quarter," coach Willie Green said. "First quarter we were running, we were moving the ball, we were playing with pace. Once the game slows down, it is very difficult for us.

"The ball has to keep moving for us to have a chance."

New Orleans, which plays three of its next four games at home, did have some success in getting to the foul line during its short road trip.