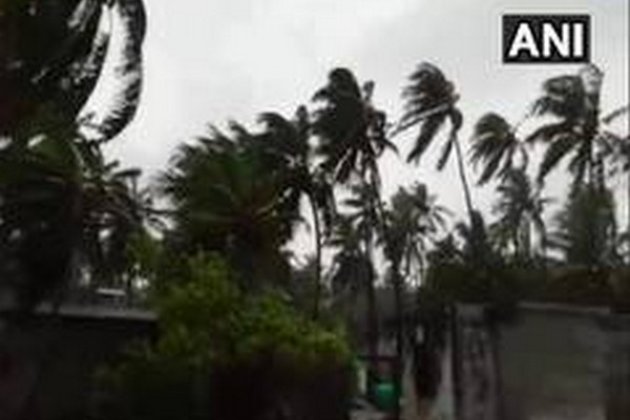 The decision was taken in the state executive committee meeting held under the chairmanship of Chief Secretary Suresh Chandra Mahapatra.

Considering the erratic rainfall pattern in recent years, Mahapatra directed to develop the capacity for urban flood management. He also directed to prepare for handling of fire and other emergency accidents in high raised buildings. Further, the Chief Secretary also gave directions to strengthen the disaster fighting arm of the state with high-tech types of equipment and capacity building training on multi-hazard responses.

The Committee accorded sanction of around Rs 7.17 crore for implementation of Tsunami ready programme in these villages. It also decided to develop a special urban flood management unit in the Odisha Disaster Rapid Action Force (ODRAF). It was also decided that the fire service units would be strengthened with hi-tech equipment and training to manage the fire and other accidents in high raised buildings, particularly in urban industrial areas of the state.

Capacity building of the disaster fighting arms from village to state level was emphasised in the meeting. It was decided to build up the capacity of shelter level volunteers, members of women self-help groups (WSHGs), members of the Panchayati Raj institutions (PRI) and members of the ODRAF.

Available data show Odisha has 814 multi-purpose cyclone and flood shelters. Each centre has around 50 shelter level volunteers and 25 management and maintenance, volunteers. They serve as first responders to any disaster in their locality. It was decided to train around 40,700 shelter level volunteers and 20,350 maintenance and management, volunteers. The training programme would mainly focus on capacity building in search and rescue operation, first-aid, counselling, shelter management, equipment management and shelter level documentation. The committee sanctioned an estimated budget of Rs 15.74 crore for the purpose.

Considering the number of WSHGs (61 lakh in-state), it was decided to train their members in a phased manner in collaboration with the State Mission Shakti department In the first phase, around 3 lakh members including the President, Secretary, and Treasurer of each group would be trained An estimated budget of Rs.1.30 was approved for the purpose. Similarly, the training for around 15,000 PRI members would be implemented in phases through State Institute for Rural Development and Panchayati Raj (SIRD and PR). A budget of Rs 1.27 crore was sanctioned for this training.

Further, it was decided to sharpen the capacity of ODRF and fire service units in the matters like handling of issues in collapsed structures, search and rescue, rope rescue, equipment maintenance, underwater life saving, handling of unprecedented emergencies etc. It was decided to have two types of training programs i.e. in-house training and training in collaboration with other centres of excellence. An estimated budget of around Rs 1.28 crore was sanctioned for the purpose. (ANI)

TikTok is not handing over American users' data to China: CEO

Beijing [China], July 2 (ANI): TikTok, a 15-second video platform, has told US senators that it is taking all necessary ...

Study: Screening of parental depression has potential to identify families in need of support

New Jersey [US], July 2 (ANI): Screening mothers and fathers for depression beyond their child's first birthday in pediatric offices, ...

Will Australia come under fire as China prepares for showdown with US in West Pacific?

Canberra [Australia], July 2 (ANI): Australia seems to be in the firing line as US and China come closer to ...

Florida Panthers forward Anthony Duclair underwent successful surgery to repair his Achilles tendon and is expected to return midway into ...

WATFORD, UK: Watford F.C. has cancelled a friendly match against the Qatar national team due to the Gulf country's human ...