Tokyo Olympics: Simone Biles will not participate in floor 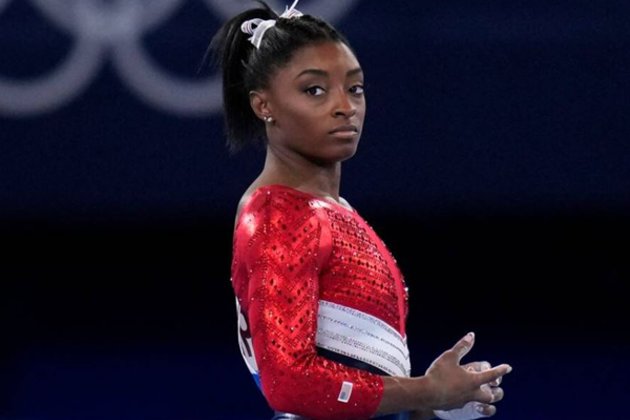 Tokyo [Japan], August 1 (ANI): USA Gymnastics on Sunday announced that the six-time Olympic medallist Simone Biles will not participate in the floor final.

"Simone has withdrawn from the event final for floor and will make a decision on beam later this week. Either way, we're all behind you, Simone," USA Gymnastics tweeted. Jennifer Gadirova of Great Britain will replace her in the floor finals. Earlier on Saturday, USA Gymnastics announced that Biles will also not participate in Sunday's vault or uneven bars apparatus finals.

"Today, after further consultation with medical staff, Simone Biles has decided to withdraw from the event finals for vault and the uneven bars. She will continue to be evaluated daily to determine whether to compete in the finals for floor exercise and balance beam," read a statement from the U.S. governing body.

"We remain in awe of Simone, who continues to handle this situation with courage and grace, and all of the athletes who have stepped up during these unexpected circumstances."American MyKayla Skinner will replace Biles in the vault final and France's Melanie de Jesus dos Santos in the uneven bars. Biles qualified to all four of the apparatus finals, scheduled for August 1-3. Earlier in Tokyo, she withdrew from the team competition after getting lost in midair and from the all-around final entirely to focus on her mental health. (ANI)