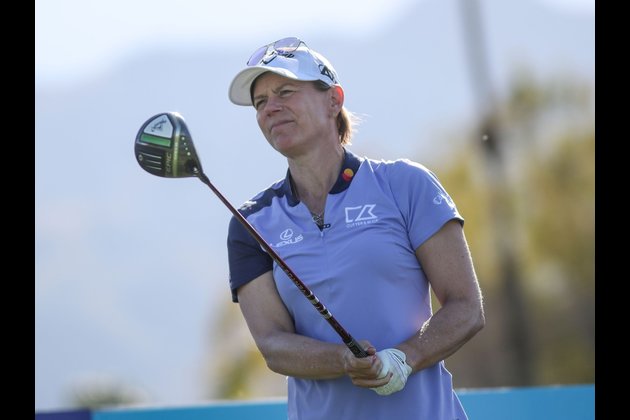 LPGA Hall of Famer Annika Sorenstam shot an even-par 72 on Saturday to hold a two-shot lead over fellow Swede Liselotte Neumann after three rounds of the U.S. Senior Women's Open at Fairfield, Conn.

Sorenstam is playing in the event for the first time after turning 50 last October. She has an 8-under 208 total at Brooklawn Country Club after rounds of 67 and 69 over the first two days.

"Nobody is going to give it to you. You got to go out there and earn it," said Sorenstam, a 10-time major winner before retiring from the LPGA Tour in 2008. "Every shot you got to earn it, make the putts, hit the fairway, the green, and that's what it takes to score out here."

Neumann shot 71 on Saturday. Scotland's Catriona Matthew also shot 71 and is four shots off the pace in third at 4 under.