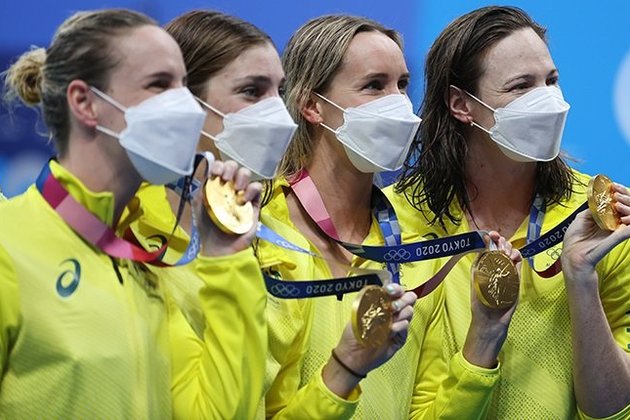 Australia shattered the women's 4x100m freestyle world record to win gold at the Tokyo Olympics on Sunday, clocking 3mins 29.69 secs to better their own mark set three years ago.

The team of Cate Campbell, Emma McKeon, Meg Harris and Bronte Campbell lowered the 3:30.05 Australia set at the 2018 Commonwealth Games to reinforce their dominance of the event.

Cate Campbell brought home the new record with a flying final leg of 52.24sec, but it was set up by McKeon, who swam her 100m in an incredible 51.35, sending a clear signal that she is gold medal favourite in the individual event.

"It's very special to be part of this relay," said Bronte Campbell. "It always is and the competition in Australia is fierce for this relay and that's what makes us so competitive on the international stage.

"It's more than us competing against each other for the spots on the relay. We really are an extended team. We support each other and that's why we've managed to have such a strong team for so long."