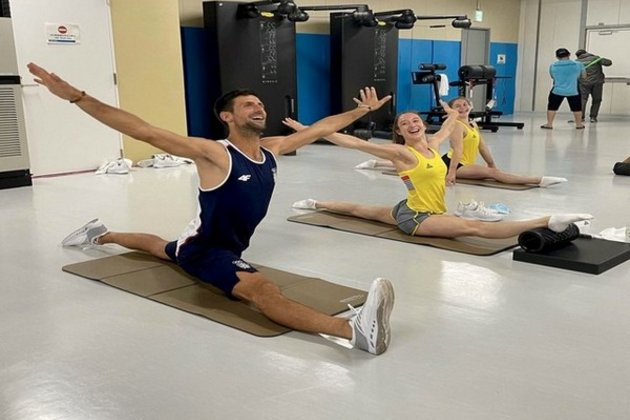 The photo was also posted by Derwael, the first Belgian gymnast to win a medal at the World Championships, as she wrote: "When Djkokovic asks for a picture, you can't refuse." Novak's flexibility left five-time Olympic gold medallist Nadia Comaneci impressed as she replied, "Great flexibility I can say."Earlier on Saturday, Serbian star Djokovic continued his quest for a historic Golden Grand Slam as he moved past Hugo Dellien 6-2, 6-2 to reach the second round of the Tokyo Olympics.

The top seed has won the first three major championships of the year and drew level with Roger Federer and Rafael Nadal on 20 Grand Slam titles after triumphing at Wimbledon. Only WTA Tour legend Stefanie Graf has won a gold medal and all four majors in one season, achieving this in 1988. (ANI)