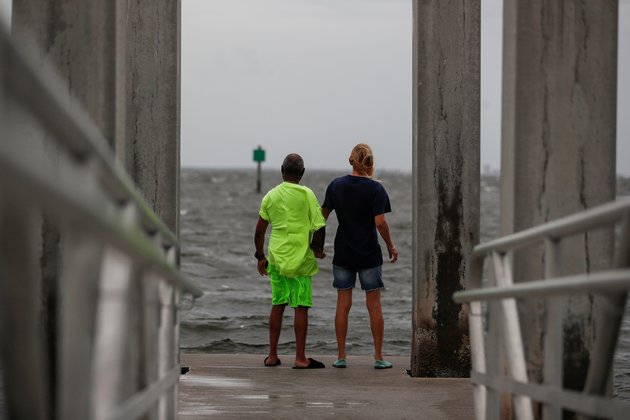 Tropical Storm Elsa brought heavy rain to the U.S. state of Florida on Wednesday with forecasters expecting the center of the storm to make landfall along the state's Gulf Coast and move inland during the day.

The storm, which had briefly strengthened to hurricane status late Tuesday, weakened some overnight, with the U.S. National Hurricane Center saying it was once again at tropical storm strength and due to weaken further after landfall.

Forecasters expect the center of Elsa to stay near the coast in the coming days as the storm moves north over the states of Georgia, South Carolina, North Carolina and Virginia.

Most areas along Florida's Gulf Coast are expected to receive 7 to 15 centimeters of rain, along with the added flooding threat of storm surge. Tornado watches have also been issued.

President Joe Biden has already approved a disaster declaration to help speed federal aid to those in Florida impacted by the storm.

Elsa is the first storm to reach hurricane strength during this year's Atlantic hurricane season.