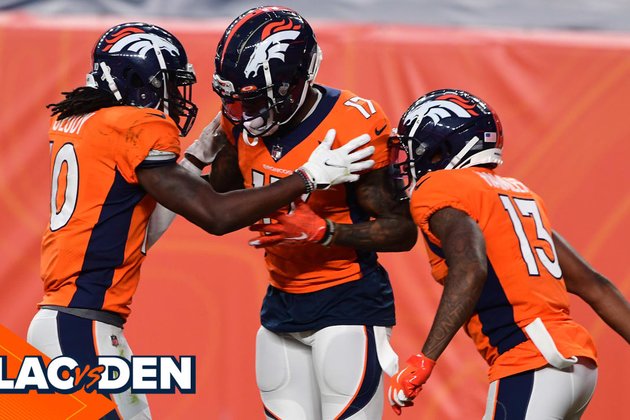 He added one more on the ground in college, and he had plenty more during his high school career.

Before Sunday, though, Hamler had never caught a game-winner.

That changed in Denver's Week 8 win over the Chargers, as Hamler caught a 1-yard touchdown pass from Drew Lock with no time remaining on the clock to cap the Broncos' 21-point comeback win.

"I can't thank nobody but God and the guys around me in this locker room and on this team," Hamler said after the win. "We fought together. We kept ourselves positive and uplifted and it came out a positive. You don't want to think negative, [and] I know we were down 3-24 [after halftime]. You got to have that drive and fight."

The late score was the first touchdown of Hamler's young NFL career, and it punctuated a 21-point fourth quarter for the Broncos.

The 21-point fourth quarter was the Broncos' highest-scoring output in the final frame since they scored 22 points against the Dolphins in the fourth quarter in 2014.

Denver's comeback began in the third quarter, because, well, that's when things got as bad as they were going to get. In the first half, the Broncos' offense tallied just two first downs and 60 total yards as the running game was anemic and Lock and the passing game failed to find traction.

"You're being nice by just saying so bad," Head Coach Vic Fangio said of the first half. "It was worse than that."

The Chargers then opened the second half with a 10-play, 75-yard touchdown drive to extend their lead to 21-3. After Lock and Co. responded with another three-and-out - their fourth in their first seven drives, excluding a kneel down to end the first half - the Chargers added a field goal to push the lead to 21 points.

The Chargers' win probability jumped as high as 98.8 percent after the Los Angeles field goal.

A Phillip Lindsay 55-yard touchdown, though, gave the Broncos their first touchdown of the game, and a Bryce Callahan interception in the end zone negated a Lock pick deep in Denver territory.

"Defensively we fought - Bryce had a hell of an interception, after we threw one, that kind of changed the whole momentum swing," safety Justin Simmons said. "It was great, all that matters is when you get a win. I'm just so proud of how we fought."

The Broncos entered the fourth quarter trailing by 14 but with possession of the ball.

Spurred by a 43-yard Jerry Jeudy catch-and-run and a 9-yard strike from Lock to Albert Okwuegbunam, the Broncos cut the lead to seven with 11:42 to play. The Chargers regained a 10-point lead with 7:57 left, but the Broncos needed just two plays to cut the lead to three, as Lock found DaeSean Hamilton for a 40-yard touchdown after Lindsay started the drive with a 20-yard run.

Again, the Broncos' defense was unable to force a punt, but they took advantage of an illegal crackback block on Hunter Henry that pushed the Chargers behind the chains and held LA to a field goal.

"They're a good offense but we did manage to get enough stops there late in the game, holding them to field goals and by God, we won that game," Fangio said.

With two minutes, 24 seconds to play, Lock took over at his own 19-yard line with the chance to play hero as the leader of a young offense.

"That two-minute drive, you hop into a huddle and you're seeing baby faces - [including] myself, I have a baby face," Lock said.

Denver moved methodically on a 14-play, 81-yard drive that was bolstered by a reaching Melvin Gordon III grab on third-and-5 from the Los Angeles 29-yard line. Lock threw incomplete on fourth-and-4 with seven seconds to play, but Brandon Facyson was whistled for pass interference on Okwuegbunam and the Broncos got one more chance from the 1-yard line to win the game.

That's when Lock rolled right and found Hamler, who fell backwards and was ruled in bounds.

The catch, and the ensuing Brandon McManus extra point, capped the Broncos' largest comeback since they overcame a 24-point deficit against the Chargers in 2014. It's just the fifth time in franchise history that the Broncos have come back from at least a 21-point deficit.

"If you're not a team, you're not going to come close to coming back in this game," Fangio said. "I would have felt the same way as far as the team goes if we hadn't scored there at the end, but obviously the score just cements it even more. Our team is a team. We're going to stay that way; we've been that way. We were frustrated last week because guys put a lot of energy into that game and we didn't play well.

"We kept after it this week and we won a hell of a game."

US Journalist Arrested During Protest on Trial 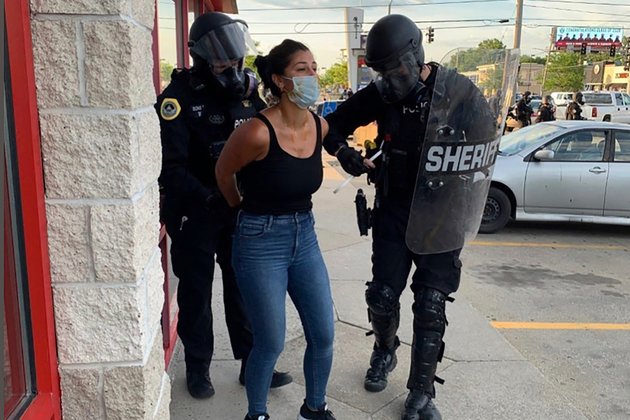 A court in the U.S. state of Iowa will hear arguments Tuesday on the second day of a trial of ... 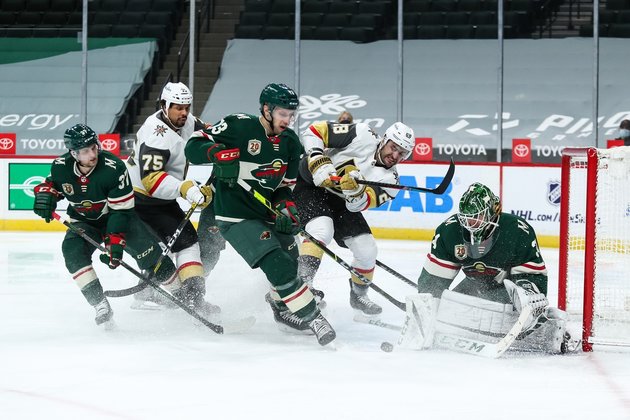 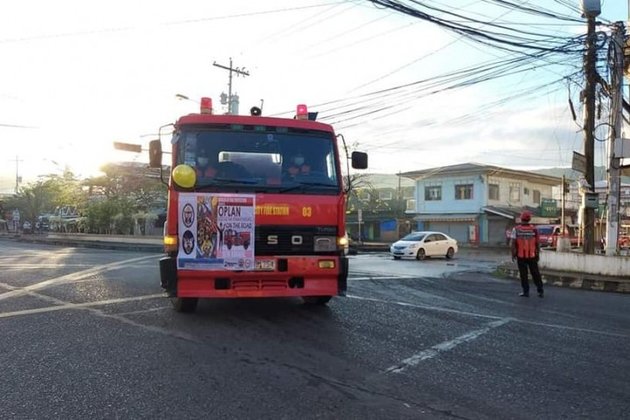 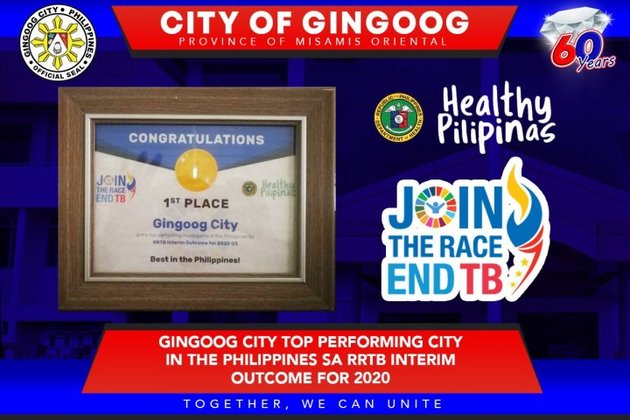 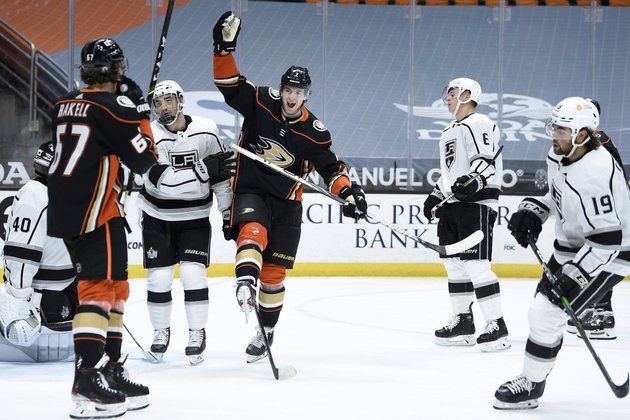 Feb. saw most people detained at Mexican border since 2006

WASHINGTON D.C.: Officials report that 100,000 people seeking to enter the United States were detained at the Mexican border in ...

SAO PAULO, Brazil: Just as Buenos Aires, Argentina is opening up its economy after what is seen as the city's ...

LONDON, England: In a bid to reduce Covid infections among overweight Britons, Prime Minister Boris Johnson is promoting his own ...

VANCOUVER, Canada: Lawyers for Huawei chief financial officer Meng Wanzhou have sought a dismissal of the extradition case against her, ...