Notebook | For Jets, Quick Turnaround Could Be a Blessing 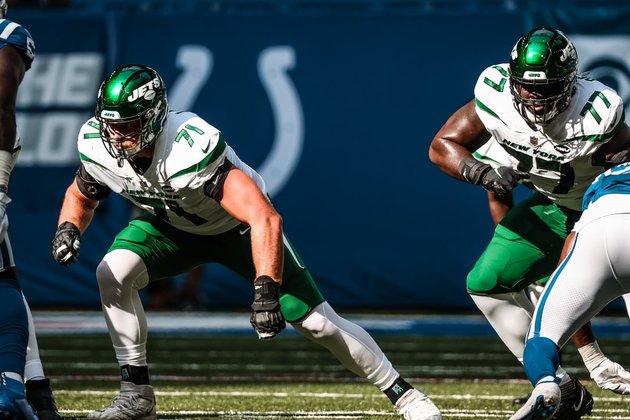 There are two ways of looking at the Jets' short turnaround between Sunday's loss at Indianapolis and Thursday night's home game against the Denver Broncos.

First, there's precious little time to prepare. Second, with the Week 4 game coming fast it makes it easier to put the 36-7 loss to the Colts in the rearview mirror. With either option, there is little choice for the Jets but to keep going and hope for the best.

Head Coach Adam Gase said that there was discussion on the plane home Sunday night about what went wrong in Indianapolis, but that his thoughts (and those of the players) quickly turned to the Denver game.

"We're right into Denver," Gase said on Monday's conference call. "We don't have the time to sit there and feel sorry for ourselves. We have to move on to the next game because it's coming up quick." He added: "This is the NFL, 0-3 now. For me, I have to keep our players in the right headspace, especially when there's a lot of negativity coming at you, when everyone's character has to show up and we got to get it fixed."

Barring a deadlock one of these 0-3 teams will come away with their first win of the 2020 NFL season. For Darnold, the team's third-year quarterback, leader and captain on offense, blocking out the events at Lucas Oil Stadium are imperative, but not easy.

"It's definitely upsetting [when you lose] and you get discouraged," said LB Avery Williamson "But at the end of the day you have to brush it off and go back to work. After 48 hours you forget about it. As a competitor if you lose a game you're definitely going to be upset."

Injuries continue to be a huge concern for the Jets (and the Broncos as well).

The Jets lost their rookie left tackle Mekhi Becton with a shoulder injury toward the end of the first half on Sunday. His MRI on Monday revealed nothing significant and he may or not be ready for Thursday night's game.

"He got extended and rotated, and yes, it was the same shoulder," Gase said, referring to the injury that kept Becton out of practice last Wednesday and Thursday. "We all kind of got nervous. He was grabbing his pec a little bit. We weren't really sure until we got back the MRI. He's very motivated to get back out there. The holes were not opening up the same when he's out of the game. It turned out better than thinking last night [Sunday]. We'll see how he gets through the week. He could play. It's day by day. We'll see where he's at on Thursday."

In addition to Becton, Gase took a wait-and-see approach to several of the Jets' players who were injured on Sunday.: LB Jordan Jenkins (shoulder) is hoping to play against the Broncos. "He toughed it out, during the game, he's hard to hold out," Gase said. WR Breshad Perriman (ankle) "is still not where he needs to be," and WR Jamison Crowder (hamstring) could be a game-time decision. The list goes on, though Gase said that after the Denver game there are "three to five players on IR we may be ready to move to activate," including the receivers Jeff and Vyncint Smith.

Finally, starting center Connor McGovern played through a hamstring injury against the Colts, while RT George Fant remains in the concussion protocol. Chris Hogan toughed it out despite a rib injury. Second-round draft pick Denzel Mims, who has been dealing with recurring hamstring issues could come off IR after the Denver game.

By any measurement, Darnold's performance against the Colts was difficult for the young quarterback to handle. Throwing two pick-sixes, taking a safety and having a pass that was intercepted in the end zone after a strong drive were all deflating.

Asked if he ever contemplated replacing Darnold on Sunday, Gase said: "It's always a tough decision. He's 23 and in his third year. I think every snap he takes in a real game is so valuable, it's all a learning experience. He has to have to go through tough situations. Things are not always smooth. He just needs to keep playing, fixing mistakes and keep building on those."

After watching film of the game on the flight home, Darnold acknowledged the miscues but also said he was encouraged in some respects.

"I got to watch film on the plane ride back, yeah I made a few mistakes but I thought we also showed some really good things there," Darnold said. "After the first pick-six, we had a couple of good drives. We're looking to build off that. I'm ready to get after this Denver team and beat these guys on Thursday." 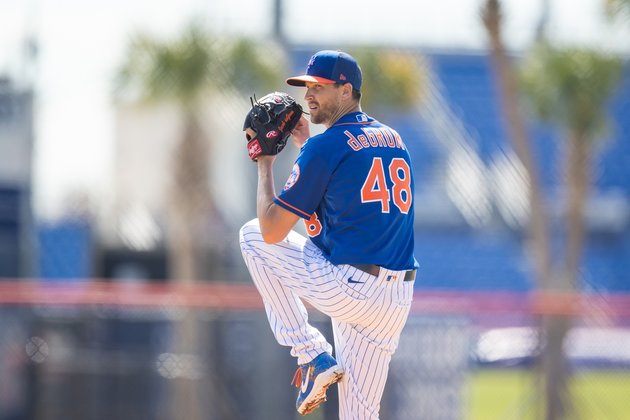