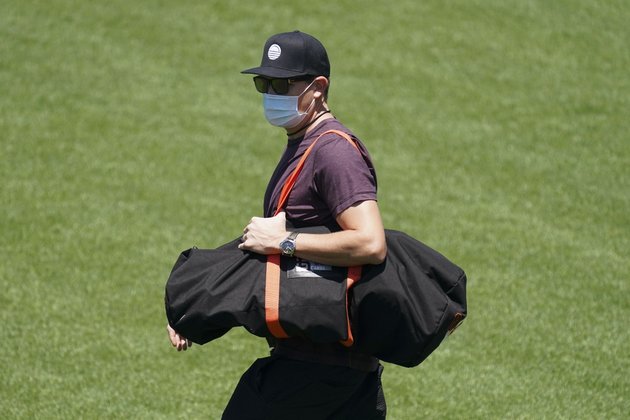 Even in victory on Monday, the Houston Astros looked shaky, particularly the back end of their bullpen.

In their 7-6, 10-inning loss to the visiting San Francisco Giants on Tuesday, the Astros displayed the sort of mistakes that often plague losing teams. And their bullpen faltered again.

Therubber match of the three-game series will be played Wednesday night.

"A lot of things aren't going our way, but some of it is our fault," Astros manager Dusty Baker said. "By playing smarter, heads-up baseball, you can make things go your way."

The Astros had three runners eliminated on the basepaths to end innings Tuesday, including a pair at third base.

"We're not running the bases very well," Baker said. "We've got to improve big time on our baserunning because we're running into outs.

"It's tough to take. It's like a recurring nightmare at the end of games."

The Astros will hope right-hander Zack Greinke (0-0, 3.00 ERA) can go deep into the Wednesday game. He worked six shutout innings in his previous start, allowing five hits and one walk with five strikeouts while throwing a season-high 84 pitches in the Astros' 3-2 loss at Oakland on Friday. Greinke has yet to allow a home run over 15 innings this season and owns a 1.00 WHIP.

Greinke is 13-3 with a 2.22 ERA over 20 career starts against the Giants. His win total is tied for his second-most against any opponent (Colorado: 14). He worked seven scoreless innings against the Giants last season on June 29, allowing five hits and no walks with six strikeouts in a 4-3 road victory while pitching for the Arizona Diamondbacks.

Veteran right-hander Trevor Cahill (4-9, 5.98 ERA in 2019 with the Los Angeles Angels) likely will make his first start of the season for the Giants on Wednesday.

Cahill joined the Giants from their alternate-site roster in Sacramento to replace right-hander Jeff Samardzija, who landed on the injured list with a right shoulder impingement. Cahill is 3-2 with a 4.75 ERA over 13 career appearances (six starts) against the Astros. He finished 1-1 with a 5.02 ERA over seven appearances (one start) against Houston last season, allowing four home runs and nine walks over 14 1/3 innings.

Cahill signed a minor league deal with the Giants but had the start of his season delayed after he split a fingernail on his pitching hand when a screwdriver slipped as he worked on his bike. It wasn't until recently that Cahill regained the ability to throw his curveball. His versatility as a starter and reliever should provide the Giants options against Houston and moving forward.

"I know they've been trying different things," Cahill said. "I was with the Angels and the A's the last two years, so I've seen totally different philosophies like last year being in the 'pen and used as an opener at some point. I think I did that too and starting, so I think I can do whatever. Just tell me when to pitch and I can go pitch."

The acting U.S. ambassador to the United Nations has reaffirmed the Biden administration's commitment to a two-state solution for Israel ...

GM: QB 'Jared Goff is a Ram at this moment' 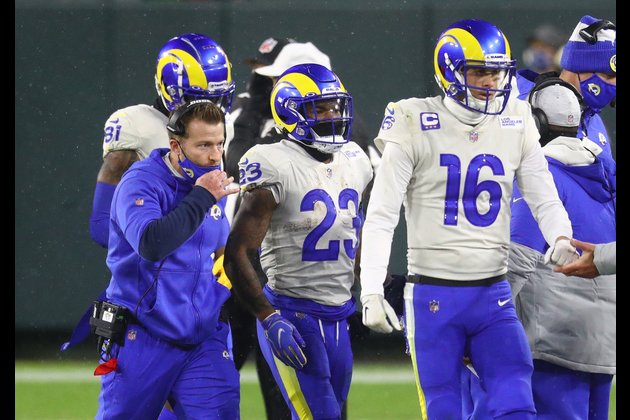 Los Angeles Rams general manager Les Snead on Tuesday sidestepped questions about the future of quarterback Jared Goff with the ...