Where Are They Now: Danny Woodhead 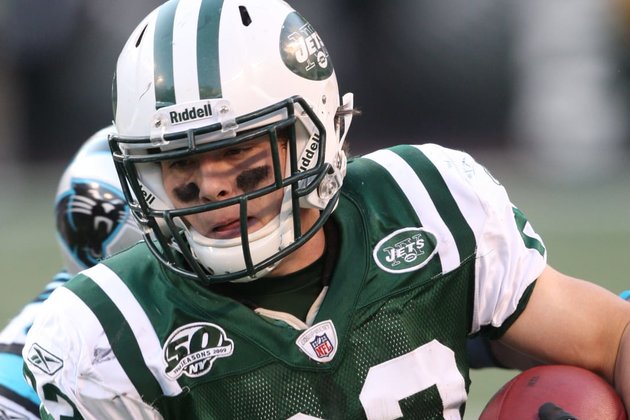 Chadron State College in Nebraska is not likely considered by many to be a hotbed of NFL-caliber players.

Before running back Danny Woodhead signed with the Jets as an undrafted free agent 2008, only five men made their way from the school to the league. And even though he was taking a shot with the Green & White after playing at a Division II level, Woodhead did so unintimidated.

"Yeah, it was different, but it wasn't something I really thought of though," Woodhead said. "I wasn't that concerned with how fast or the big names. I was just like, gosh, I want to do everything I can to get an opportunity to make the team."

During his initial training camp, Woodhead may have improved his chances by taking the opportunity to simply watch the veterans.

"All the vets were great," Woodhead said. "We had Tony Richardson, Thomas Jones, Leon Washington. I would say I probably watched Leon a little bit more just because he was the same type of back.

"I don't know if Leon knows because I don't know if I've ever really mentioned it much, but Leon was a great example of what a pro was like. He knew everything as far as running back, receiver. He knew all the plays, and then also, he took care of himself very well. So, he exemplified what a pro was for me."

Later in camp, Woodhead was actually afforded more time to learn what a pro was. After suffering a torn ACL and undergoing surgery, the Jets placed him on season-long Injured Reserve.

"We weren't even in full contact, but I got high-lowed. Someone went high, someone went low, and snap goes the knee," Woodhead said. "It was a tough deal, but that's just part of the game. Just part of football.

"I stayed in New Jersey (for rehab) and that was good, actually, because I still went through a lot of meetings. It was a good year for me to learn and understand everything without having to worry about getting released or whatever. I could just do everything I could to make sure I was ready for next year."

Healthy in 2009, before playing his first NFL game, Woodhead took a moment during warmups to contemplate what he had gone through to be standing there.

"Just being on the football field on a Sunday, knowing that, holy crap, millions of people are watching this, yeah, it was a pretty cool deal," Woodhead said. "But you have to move on from that and try to play football."

Because of how well he performed in practice, Woodhead found himself playing more than at running back.

"I had been doing some practice squad stuff for receivers," Woodhead said. "(New England's) Wes Welker, I emulated him one week, and we ended up having some injuries at the receiver position. They asked if I knew the playbook enough to be a backup receiver. I was like, 'Well, yeah.' So, then I kind of filled three positions: special teams, backup running back, backup receiver."

Released by the Jets following the 2010 season opener, Woodhead would go on to play for the New England Patriots, the then-San Diego Chargers and the Baltimore Ravens. Over 10 seasons, he played in 101 games, rushed for 2,238 yards and scored 15 touchdowns; to go along with hauling in 300 passes for 2,698 yards and 17 touchdowns. What makes him most proud of his career?

"I'd probably say what I'm most proud of is when things did go wrong, I didn't hang it up," Woodhead said. "I had some injuries. I had some times where I was released. Everyone has some sort of trials. I didn't throw in the towel, so I think that's something that I'd be most proud of."

Making his home in Omaha, Nebraska, with his wife, Stacia, and their four children who are ages 8,6,4 and 2; Woodhead is a Senior Partner with Performance Mountain.

"Basically, what the modern day would say is that we're consultants," Woodhead said. "But what we try to do is help people reach their peak, max out their potential through leadership. It's for teams, it's for businesses. It can be individuals, but it's through culture, team dynamics, leadership.

"And also, through what we call elite level mindset. That is just mentally being prepared to do whatever you do. So, that's a lot of fun. I really enjoy that, and our team really enjoys it."

"Most are former professional athletes that we interview. Not everyone gets to hear the story that sometimes these people want to share or maybe some of the tough things, the stories in the background. We just basically want to bring that to light and allow our guests to say whatever the heck they want to say. And then we go from there.

"We also enjoy humor. It's just a way, I don't know if I want to say fun-loving, but kind of a fun-loving way of telling a story, joking around, and not taking ourselves too seriously." 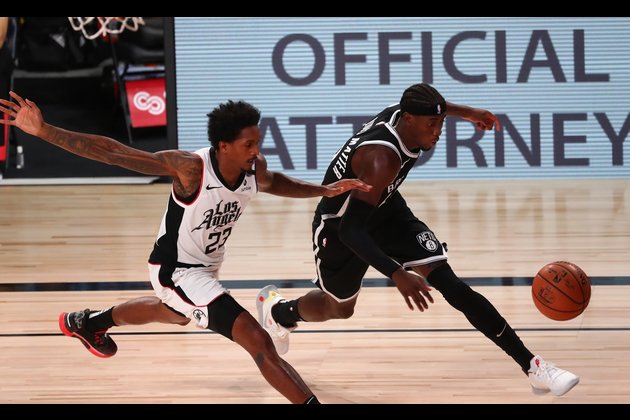 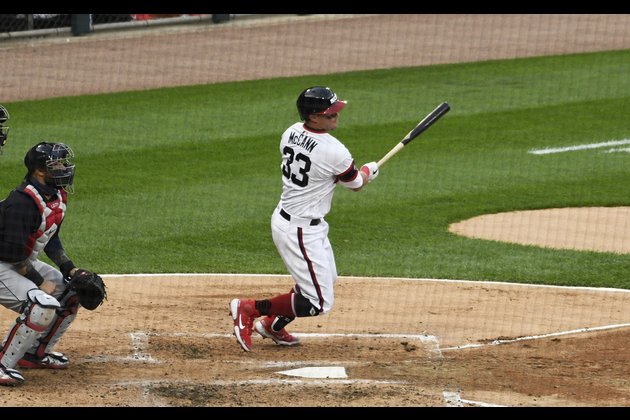