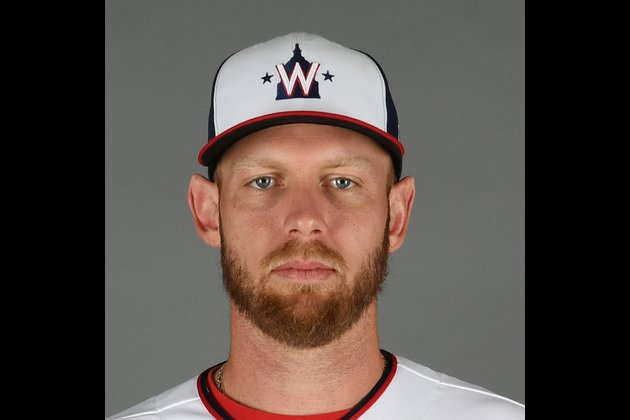 Strasburg struck out three and threw 22 of 35 pitches for strikes before being removed. The right-hander gave up three hits and one walk.

"I think the last time I was in a competitive setting, it was a pretty big situation," Strasburg told reporters, referring to his win over the Houston Astros in Game 6 of the World Series. "You try not to think about how you're feeling out there, but it didn't really have the same rush of adrenaline as the last start. You just kinda roll with what you've got."

Vidal Brujan's two-run double off Strasburg in the second inning gave the Rays a 3-1 lead. Brian O'Grady added a homer and two-run double for Tampa Bay.

Bryce Harper delivered a three-run double during a five-run fifth inning to help Philadelphia beat visiting Atlanta at Clearwater, Fla. The Braves scored three runs in the top of the ninth to tie the score before the Phillies scored the winner on Carlos Martinez's throwing error in the bottom of the frame.

Eddie Rosario hit a two-run double and Alex Kirilloff slugged a two-run homer as Minnesota knocked off visiting Boston at Fort Myers, Fla. J.D. Martinez hit his homer of the spring for the Red Sox.

Andres Gimenez slugged a two-out homer in the bottom of the eighth inning to lift New York past visiting St. Louis at Port St. Lucie, Fla. Paul Goldschmidt and Austin Dean homered for the Cardinals.

Richie Martin had four RBIs, including a three-run triple in the sixth inning, to lead Baltimore past host Pittsburgh at Bradenton, Fla. John Ryan Murphy hit a grand slam for Pittsburgh.