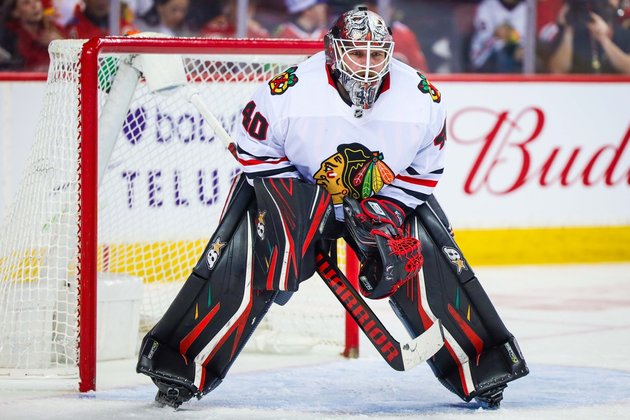 The Pacific Division-leading Vegas Golden Knights will put a six-game winning streak on the line Wednesday night when they open a four-game homestand against the Edmonton Oilers in Las Vegas.

The Golden Knights, who are 10-3-2 since Peter DeBoer took over for Gerard Gallant as head coach on Jan.15, hold a two-point lead over both Vancouver and the Oilers, who will be playing the second game of a back-to-back that started with a 4-3 overtime loss at Anaheim on Tuesday night.

Vegas, which owns the longest active winning streak in the NHL, has been off since a 6-5 overtime victory at Anaheim on Sunday. William Karlsson ended a 20-game goalless drought with his third career hat trick in the win, while Mark Stone had four assists and Shea Theodore scored the game-winner with 1:10 remaining in OT.

The Golden Knights were busy at the trade deadline on Monday, acquiring 2019 Vezina finalist Robin Lehner from the Chicago Blackhawks and also picking up forward Nick Cousins from the Montreal Canadiens.

"I'm excited about everything we did yesterday," DeBoer said after his team's practice on Tuesday. "I think it's a testament to the work the guys have put in the last three weeks in that there is a belief in management and ownership that this team has a chance (to win a Stanley Cup). They didn't dip their toe in the pool, they jumped in and put some serious assets out there in order to give us some guys to help us win."

Lehner, who practiced with the Golden Knights on Tuesday, was 16-10-5 with a 3.01 goals-against average and a .918 save percentage while splitting time with Corey Crawford. His arrival gives Vegas a dynamic 1-2 goaltender combo with three-time Stanley Cup winner Marc-Andre Fleury, who is 25-14-5 with a 2.79 goals-against and .906 save percentage.

"There's no doubt you have two elite goalies," DeBoer said. "We're going to have to use a rotation more than maybe I would have considered using down the stretch, which I think makes both guys better. They'll both be fresh and ready to go come playoff time."

"I was definitely (shocked)," Lehner said of the trade. "We were hearing from a few teams, and then Vegas came from nowhere. So yeah, I was shocked, very excited, pleasantly surprised. (Heck) of a hockey team in here. Fun to join a team that has a chance to win the Cup."

The Oilers were also active at the trade deadline, adding forwards Andreas Athanasiou and Ryan Kuffner and defenseman Mike Green from Detroit, forward Tyler Ennis from Ottawa and goalie Angus Redmond from Anaheim.

Ennis and Athanasiou both paid immediate dividends in their Edmonton debuts in Tuesday's overtime loss to the Ducks. Each finished with a goal and an assist.

Athanasiou's goal with 4:35 to go in the third period tied the game at 3-3 and notched the Oilers, who trailed 2-0 after the first period, a valuable point in the crowded Pacific Division race.

"We didn't play very well," Oilers coach Dave Tippett said. "We got better as the game went on, but the first period was poor for our group. We just got outworked and didn't compete hard enough. ... We came back, got a point, but frustrating. I'd like to see us play 60 minutes tomorrow night."

This is the second of four meetings between the two teams. Edmonton, behind a pair of goals by Connor McDavid and three assists from Leon Draisaitl, won the first one 4-2 on Nov. 23 in Las Vegas.