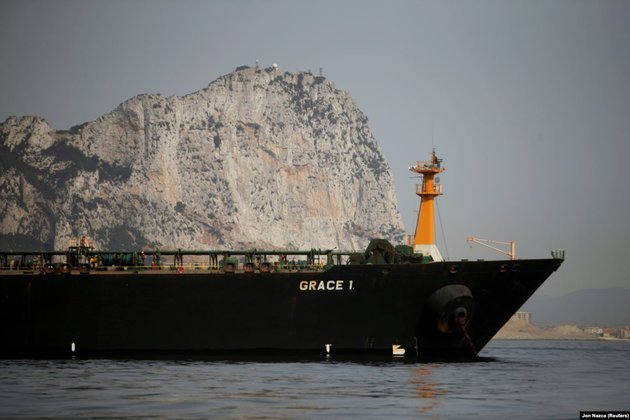 The British overseas territory of Gibraltar will on August 15 release an Iranian oil tanker that Royal Marines seized in July on suspicion that it was violating EU sanctions on Syria, the Sun newspaper reported, citing sources in Gibraltar Chief Minister Fabian Picardo's inner circle.

While Tehran denies its Grace 1 supertanker was carrying crude oil to Syria, the semiofficial Iranian Fars news agency reported that the vessel would be freed on August 13, an assertion that a senior Gibraltarian government source denied.

'The investigations being conducted around the Grace 1 are a matter for the government of Gibraltar,' a Foreign Office spokesman had said. 'As this is an ongoing investigation, we are unable to comment further.'

Meanwhile, the Sun reported that Picardo would not formally request to renew an order to detain the tanker, saying that he is happy the vessel is no longer bound for Syria.

The current detention order on the vessel expires on August 17, a spokesman for Gibraltar has said.

Tensions have risen between Iran and the West after U.S. President Donald Trump pulled out of a 2015 landmark nuclear agreement which curbed Tehran's atomic program in return for an easing of economic sanctions.

Also on August 13, Iran said it has enriched 370 kilograms of uranium to a concentration of 4.5 percent.

Behrouz Kamalvandi, a spokesman for the Atomic Energy Organization of Iran, made the claim to Iran's ISNA news agency.

Both the amount and the enrichment level would be in violation of the 2015 deal.

The 2015 agreement allows Iran to enrich 300 kilograms of uranium to a level no higher than 3.67 percent.

Iran warned over the past months that it would gradually withdraw from the deal after Washington pulled out and reimposed tough sanctions that have crippled its economy by targeting its oil and financial sectors.

Three European powers, who opposed American move, have sought to convince Iran to remain in the deal.

With reporting by Reuters