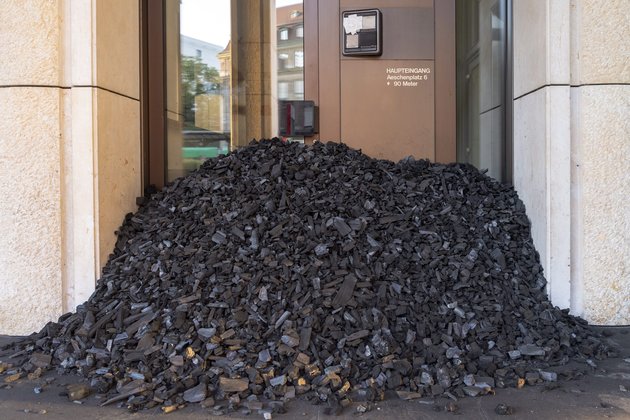 They weren't getting it.

I had a room full of bright first-year university students in front of me, but confusion reigned as I tried to describe how embedded fossil fuels are in every aspect of society.

"OK, let's try this. What do you call a car that uses both gasoline and battery power?" Relieved to be asked a question they could confidently answer, a few students piped up: "Hybrid car!"

"Right. Now, what do you call a car that you plug in?" The number of students joining the chorus grew: "Electric car!"

"Right again. So, what do you call a car that runs only on gasoline?" The response was a bit delayed this time, but some wry smiles of understanding accompanied the answer: "A car."

Despite dire warnings of climate catastrophe and research showing that fossil fuels need to stay in the ground, the fossil fuel system remains dominant, normal and even invisible.

We have cars and electricity and home heating and transportation systems and agricultural and industrial production. None of them normally have adjectives that denote their reliance on fossil fuels. That reliance is natural and therefore invisible and unspoken. Normal.

As a society, we have not made the status quo strange and the negative aspects of fossil fuel dominance visible in our language and labels: dirty, gas-powered cars; polluting, coal-fired electricity; unsustainable, oil-dependent agriculture. And we need to.

In their book Ending the Fossil Fuel Era, Thomas Princen, Jack Manno and Pamela Martin explore U.S. philosopher Richard Rorty's provocative idea that major social change is in part dependent on "speaking differently" to the problem of climate change. Making the fossil fuel world strange and negative in our thoughts, speech and labels is part of pursuing the transformation that we need to stave off the worst implications of climate change.

Feminist and critical race scholars taught us this lesson in other realms. Language matters because it helps us to construct our reality. Adjectives or the lack thereof can signal the dominant and non-dominant entities.

Read more: Language matters when the Earth is in the midst of a climate crisis

If your cause or identity has to use, or is subject to, adjectives, you are often at a disadvantage. You're not the norm. You're not dominant. Health and women's health. Students and Black students. Such modifiers serve to marginalize.

A number of climate policy scholars are convinced that part of the transformation we need in order to address climate change is for people and societies to positively imagine and envision a low-carbon life, taking for granted the fossil fuel-free world on the horizon.

Perhaps the best indication that societies are succeeding on climate change is not the increase of renewable energy capacity or investments in low-carbon infrastructure, but instead the transformation of adjectives - when descriptors like "renewable" and "low-carbon" become superfluous because they are the natural, normal state of energy and infrastructure.

Changing our language and labels can be part of active strategies to bring about change. It may not be as dramatic as political debates and court cases over carbon taxes or marches in the streets. But this kind of language strategy could contribute to change by making the fossil fuel-dominated world visible and strange, and the low-carbon world normal.

An example of this active language work just emerged in the United Kingdom, where the Financial Times reported that the London stock exchange, known as the FTSE, recently changed the labels of energy stocks:

Just in case anyone thinks this is merely a semantic change, the Financial Times story goes on to note that Norway's $1 trillion sovereign wealth fund, which is actively decarbonizing, will use the classification to:

This strategy of making the fossil fuel world strange and negative must become standard as we transition to a low-carbon future.

Journalists, thought leaders and politicians all have a role to play here. They should commit to putting descriptive and even negative adjectives on things that do not normally have them - modifiers like "gas-powered," "polluting," "high-carbon" - both in speech and on labels that have material impact, like the categorization of stocks on the FTSE index.

Adjectives are not magic, and they do not preclude the hard work of political change. But if imagining and speaking the world we want to see is crucial in building support and momentum for transformation, then what is visible and invisible, strange and normal, positive and negative, has to change.

I told my students I would have more hope for the prospects for avoiding climate catastrophe when "gas-powered" was necessary to modify "car" because the natural state of cars had changed to electric. Changing how we think, talk and label the world we're in and the world we'd like to be in is part of that transformation.